Our second session went much more smoothly as I was able to pin down some of the rules that had been causing headaches previously. Special shout-out to the Shadowrun 6th Edition Chummers Facebook group for all of the support.

This session saw our group continuing their shoot out with the gangers who had captured the NPC-in-distress, Erika Hoffman. With Rude providing cover fire from the rooftop of the store, Yu was able to lead Zipfile and Frostburn across the street to engage the gangers more directly. A combination of sniper fire, Yu’s pop-shots, some epic ice spells cast by Frostburn, and the creative use of the various automated systems in the warehouse, the team was able to thin out the crowd of gangers quickly. Many of the gangers broke ranks and ran after witnessing the uncanny shooting coming from across the street.

The party ended the second session after rescuing Erika Hoffman from the ganger leaders. One leader was slain outright, another gravely wounded, and the final two fled with the remnants of their groups. It turns out, Erika was actually in Puyallup looking for the party to offer them a job!!! And with that, we brought the beginner set scenario “Battle Royale” to a close. 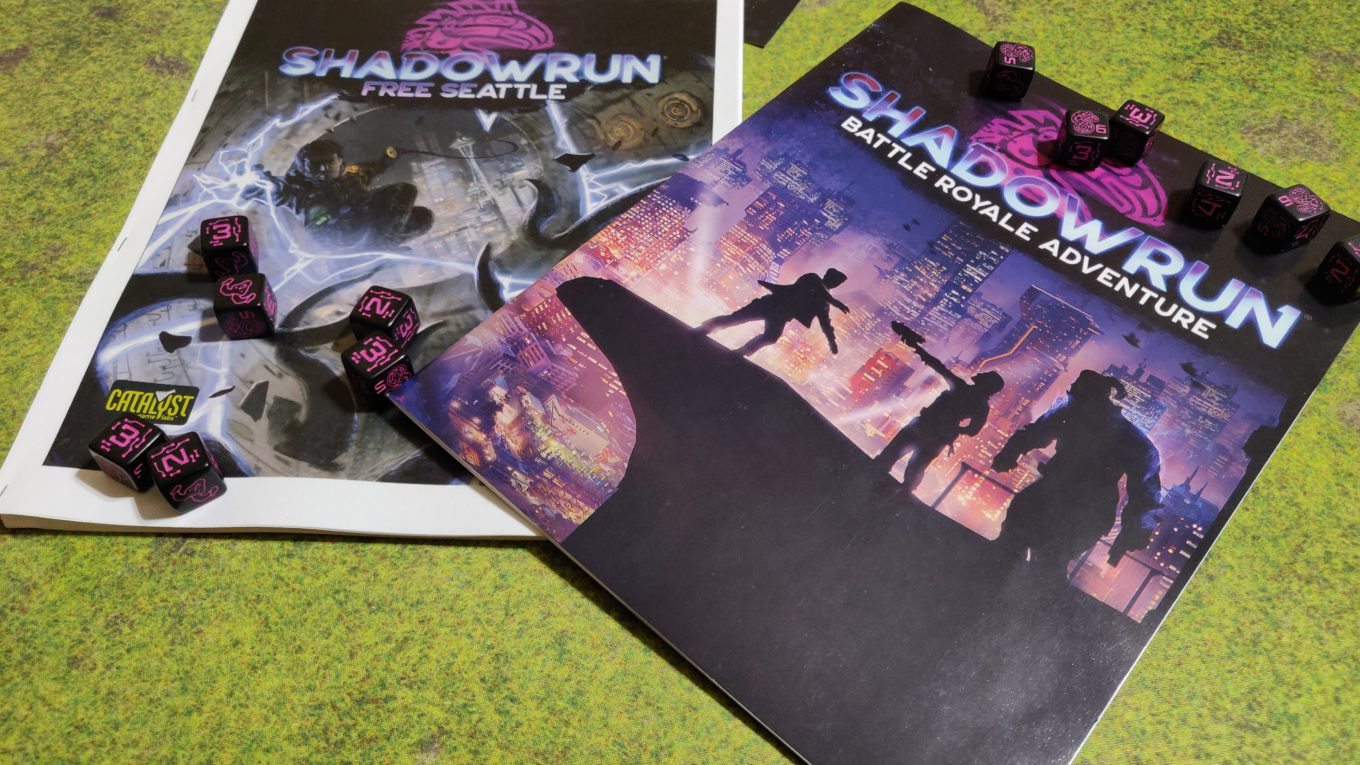 With the rescue of Erika Hoffman, the kickoff for “Free Seattle” began. I positioned Erika as an aide to the Seattle Secretary of State who, under direction from the Governor of Seattle, was in need of shadowrunners to perform a set of tasks ahead of, and during, the upcoming Seattle Independence Summit.

Erika as an NPC makes a great link between the “Battle Royale” and “Free Seattle” scenarios. Going forward I plan to use her as the group’s primary contact with the government and their mission handler. This isn’t a huge departure from the way the module is written so I feel it’s a natural fit.

This session ended on a very high note as both of us starting getting more in the groove of the rules and thinking outside of the fantasy dungeon crawl box. There were plenty of creative moments during the session and the roleplaying is coming more to the forefront as we begin interacting with Erika and the “Free Seattle” storyline.

For our next session the party will be taking on their first assignment as well as having an opportunity to start exploring Seattle as a whole. There are plenty of establishments that the Elder Minion and I are familiar with from our time in Seattle, so we are looking forward to roleplaying those encounters.