West End Games released the Star Wars Roleplaying Game in 1987. It was followed with a second edition in 1992 and a revised/expanded second edition in 1996. The game uses a d6 dice pool mechanic and is famous for truly capturing the spirit of Star Wars in the gameplay. The sourcebooks written by the WEG team were well researched and detailed. Even non-gamers could appreciate the sheer amount of Star Wars lore being presented in one of the earliest product lines to build out the expanded universe.

For this mini-campaign, the Elder Minion and I will be using the first edition of the rules by way of Fantasy Flight Games’ 30th Anniversary boxed set. To that end, I’ve also picked up three additional first edition scenarios to go along with the intro mission from the core rulebook.

The Star Wars Roleplaying Game is one of the classic systems that I’m most excited to explore as part of the Tabletop RPG Sampler project. I’ve always heard phenomenal things from friends who have played it and I’m eager to give it a shot for myself.

For our mini campaign we will be using the first edition core rulebook, the Star Wars sourcebook, and the following three scenarios. The Star Wars Roleplaying Game Anniversary Set is still available and is a great value to pick up these reprints of the core rulebook and sourcebook. The scenarios I bought used from eBay. 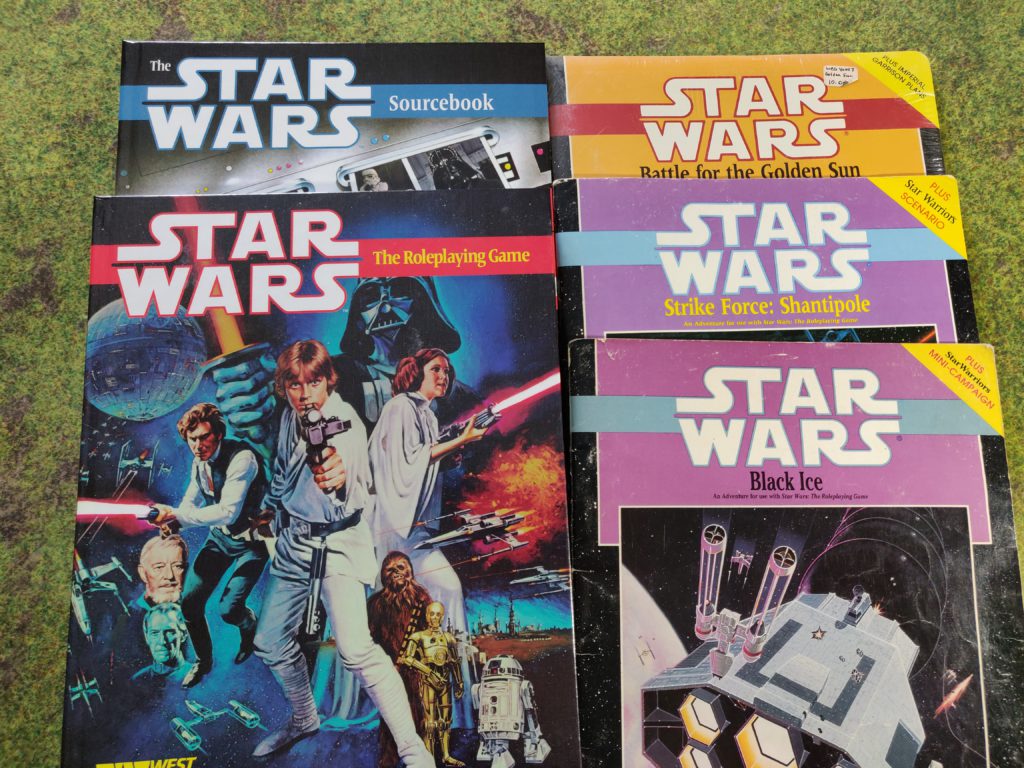 For this mini-campaign I will be acting as the gamemaster and the Elder Minion will be running three characters. I’m basing our campaign after the Battle of Hoth, though we’re keeping things pretty loose and not going to get too bogged down in the lore. These adventures are fairly flexible with the timing, so this shouldn’t cause any major issues. I’m going to stick with published scenarios as always for the mini-campaign. This allows me to focus on gameplay and the rules rather than adventure design.

The Elder Minion will be playing three of the characters and we took full advantage of the template download from the Fantasy Flight Games website to print a stack of double-sided character cards on heavy cardstock. This gives us a bank of fallback characters in case someone meets their demise. To start things off, the Elder Minion chose the Brash Pilot, Gambler, and Ewok templates and fleshed them out as part of our session 0. 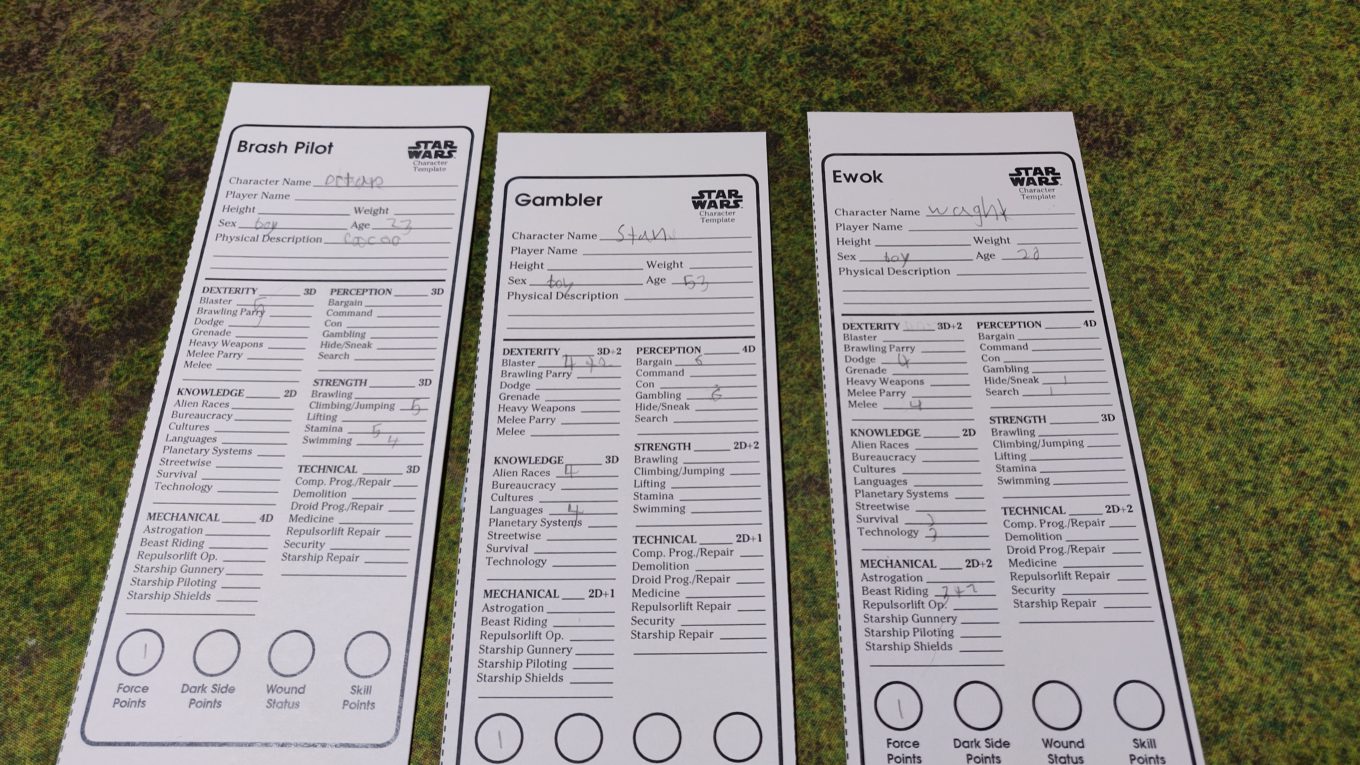 We are both incredibly excited to dive into this classic RPG and do some gaming in the Star Wars universe. Stay tuned for more updates to come.