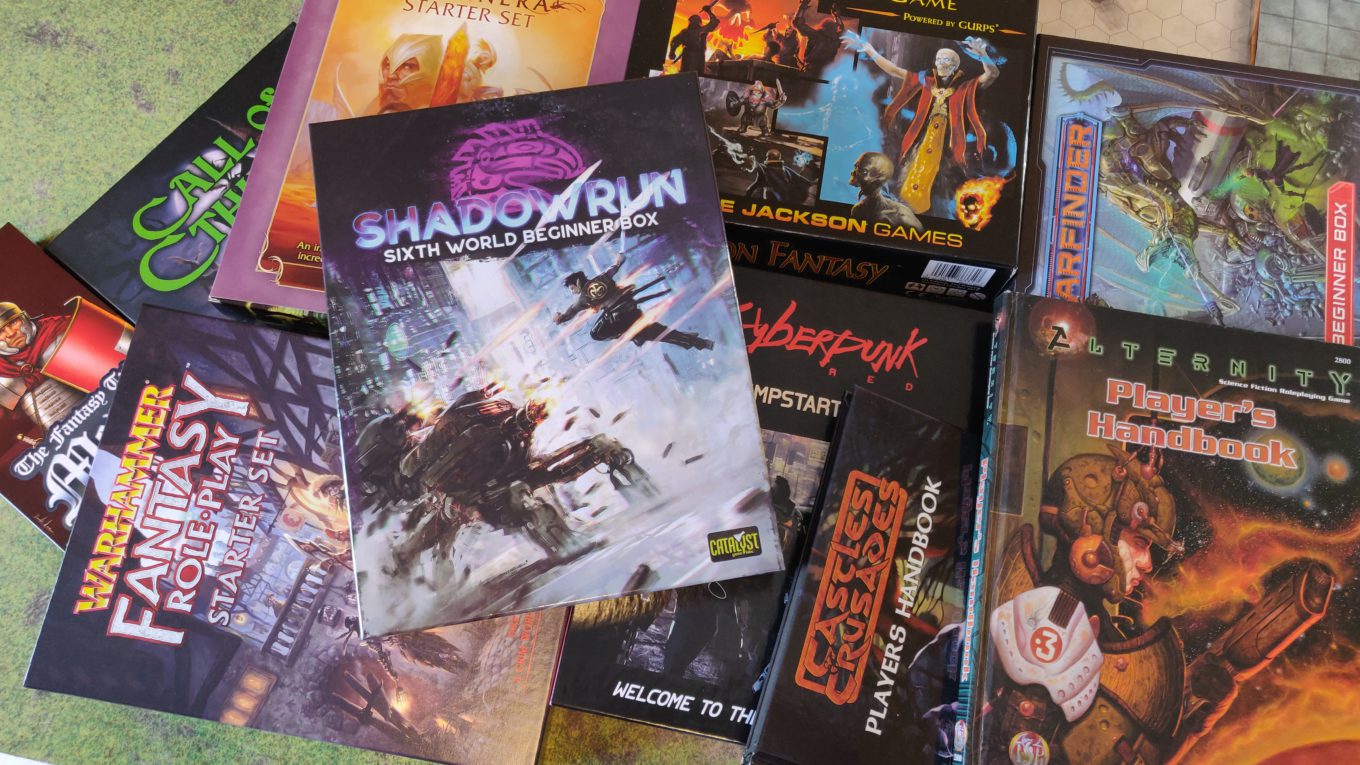 My first experience with a tabletop role-playing game was borrowing an AD&D first edition Player’s Handbook from a friend visiting from out of town. He helped me create my first character and ran me through a simple encounter against some goblins before having to leave. I used a spare composition notebook to jot down the details of my newly created ranger, named Finerion, and I absorbed as much as I could from that book over the next 2 weeks before I had to return it. I used every bit of money I earned over the next month mowing lawns to make my first RPG purchases: the Planescape Campaign Setting box set and a collection of cheap dice. I immediately sat down and began writing adventures with the material I could glean from that box set along with what I remembered from the Player’s Handbook. It would be another two years after that initial session before I sat down and played again, but the passion for RPGs had been lit.

I’ve been in and out of tabletop role playing for over 25 years Internet time I’ve had the opportunity play agreed mini games and forms long lasting friendships. It is a hobby and a passion that I was able to share with my wife not long after we began dating and I am now excited to begin sharing it with my two kids as they get older.

One thing that I have not had the opportunity to explore in this hobby is the depth and diversity of rule systems that are available. Almost without fail, the groups and gaming community that I had access to locally were very focused on the most mainstream system, Dungeons and Dragons. While D&D has a special place in my heart, I have always desired to experience the many other gaming systems on the market. GURPS, Ars Magica, Star Wars, Warhammer Fantasy Roleplay, Call of Cthulhu, Cyberpunk, and more have occupied space on my shelves over the years but remained largely unplayed outside of one-shots at conventions.

This brings me to today’s post and the beginning of a new project that I’m calling “The Tabletop RPG Sampler”. The goal of this project is too test out and experience a number of modern and classic tabletop role playing games in a short 4 to 6 week campaign. For this effort I will be enlisting the help of my oldest son who shall be known as the Elder Minion. We will be focusing on a small number of products each system with the focus being on the starter set contents, if available. We will make use of published adventure modules as the primary source, with adjustments as needed to tie multiple adventures together into the campaign. I’m still working through what this will look like in the end, but I would love to share our thoughts around the content included in the starter sets and the books that we’re using as well as a retrospective at the end of the campaign. We will be going back and forth between genres to mix things up we would love to hear back from the community regarding other game systems we should try. I’ve included a handy tracking page to show what we are currently playing, what has been completed, and what’s currently in the queue (though not necessarily in the order presented).

To kick things off, the first game we will be trying out is the Dungeon Fantasy RPG by Steve Jackson Games. Look for our kick off post later this week where I break down the products we will be using, the adventures we will be playing through, and the initial band of intrepid adventurers. Stay tuned for more!